According to the Book of Fenagh, the founder of the original monastery at the site of Fenagh Abbey was St. Caillin, who was said to have arrived in Fenagh from Dunmore in County Galway in the 5th century.

The abbey ruins date from the 15th century. A nearby ruin was likely to have been residential accommodation for the monks of Fenagh. The Abbey had a famous monastic school. A writer of the ‘Annals of the Four Masters’ (a chronicle of medieval Irish history) wrote that the monastery at Fenagh was “celebrated for its divinity school, which was resorted to by students from every part of Europe”.

Fenagh Abbey was later used as a place of Church of Ireland worship until the present church was built nearby circa 1798.

The Fenagh Visitor Centre houses a small exhibition about the abbey and the significant archaeological sites in the surrounding fields. 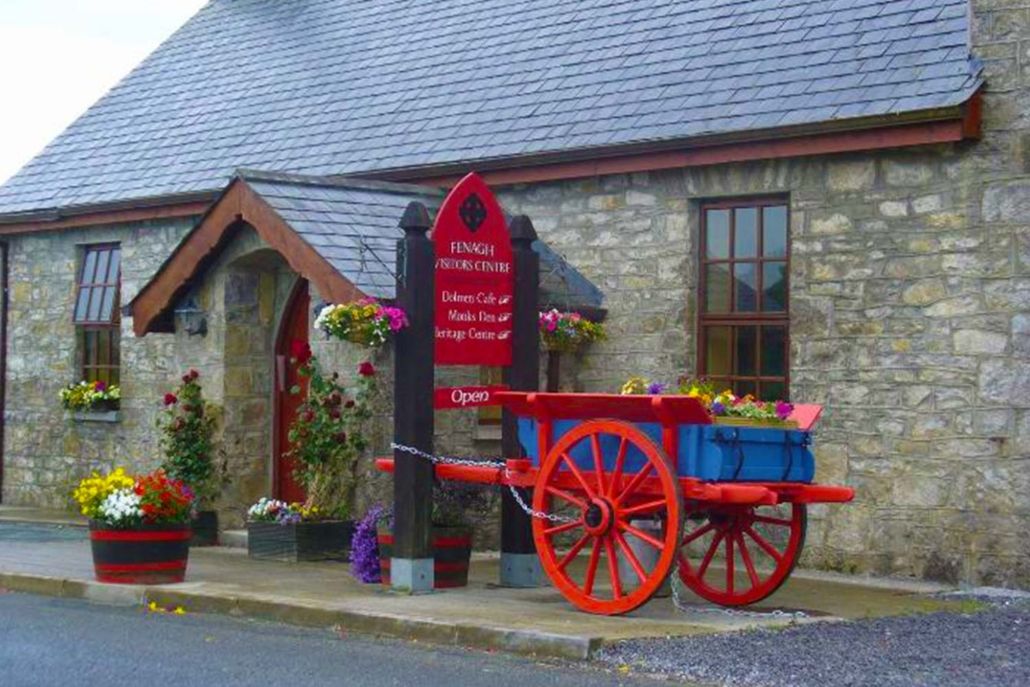 The centre also has a cosy café offering a selection of refreshments and tasty snacks in friendly and relaxed surroundings.