Reputedly named after a one-time local landowner in the Rossinver area, Fowley’s Falls is still one of the best kept secrets of North Leitrim.

As the Glenaniff River travels down from the mountain above, it has eroded the local blue limestone to form a deep river valley. Unlike the well-known Glencar Waterfall, Fowley’s Falls is not a single-drop waterfall, but cascades in a series of levels over the exposed bedrock to form a spectacular torrent of water rushing through the steep valley towards Lough Melvin. In penal times locals gathered at the Mass Rock further down the river. 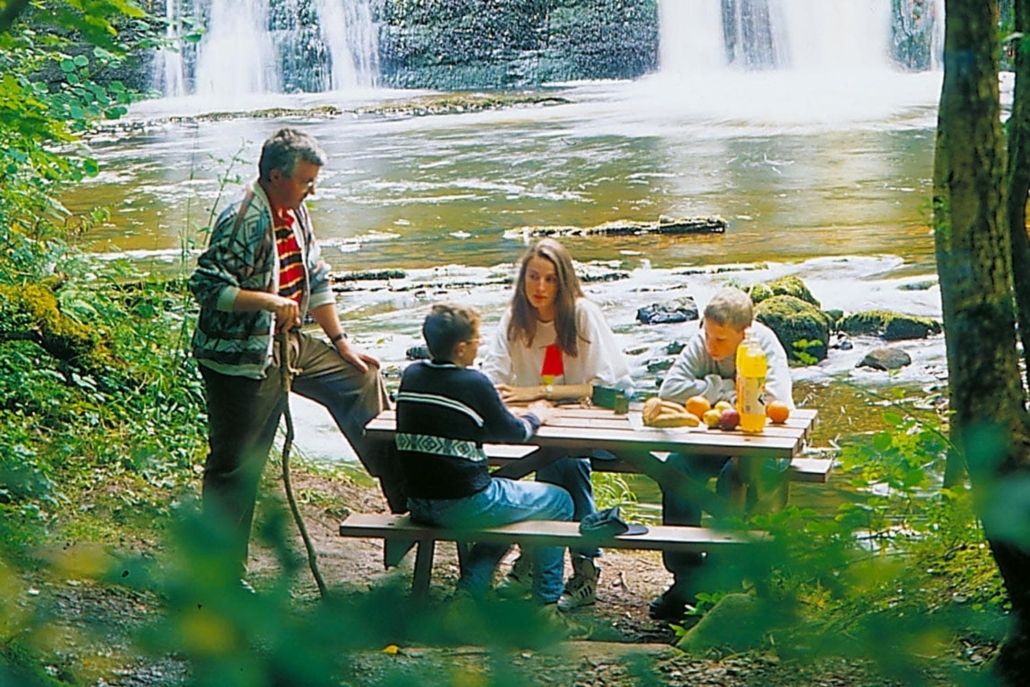 There is a lovely walk from Fowley’s Falls to the Organic Centre in Rossinver. The walk has been established to be as natural as possible with narrow gravel paths, stiles made from stone drawn from the riverbed and minimum interference to the natural ecosystem. The native hedgerows have been protected, with viewing points marked along the trail that allow you to take in the best views of the river.

The total length of this linear walk is approximately 3 km.